My Tweets
Leave a comment Posted on February 19, 2020 Sports 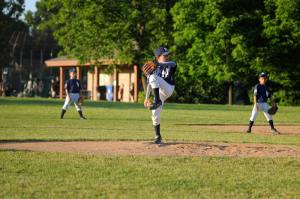 Having fallen just short of the Houston Astros in the American League Championship Series in 2019, the Yankees are shaping up to be a serious contender for 2020. As reported by Empire Sports Media, the Yankees have top-to-bottom offensive firepower paired with a pitching staff that is one of the most solid in the AL West.

With Luis Severino, James Paxton, and Masahiro Tanaka displaying consistency throughout the 2019 season, the only potential weak spot is J.A. Happ. Susceptible to long-ball hitters, Happ had one of the highest ERAs among starting pitchers in the league last year. That said, Happ is a veteran athlete who has demonstrated over the years that he knows how to shut down opponents when it counts.

Hedging bets, general manager Brian Cashman made the major offseason acquisition of Gerrit Cole from the Astros in a nine-year, $324 million deal. Having achieved a 2.50 ERA and 326 strikeouts en route to a 20-5 season, Cole is now the highest paid pitcher in the Major Leagues.

Should any of the starting rotation falter, the Yankees have solid talents such as Jordan Montgomery and Domingo German, who will be returning from injury in a few months, waiting in the wings. 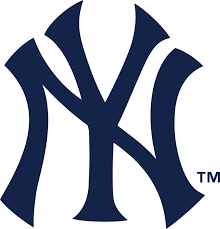 Geoffrey “Geoff” Block has spent nearly 7 years as the manager of RLB Squared, LLC, a holding company located in Bluffton, South Carolina. In this position he manages employees and all daily operations at the company. Away from work, Geoff J. Block is an avid sports fan. He volunteers as a local coach and instructor in various sports, and enjoys supporting New York City sports teams, including the Knicks and Yankees.

The New York Yankees are, by many metrics, the most accomplished professional sports team in North America, with 27 World Series titles over the course of nearly 117 seasons. The team’s championship success has come in several distinct eras. Following 22 title-less years and consecutive World Series defeats, the Yankees, led by Babe Ruth, captured the first of 27 titles with a 4-2 series win over their crosstown rival Giants in 1923. The Yankees appeared in three of the following five World Series, winning sweeps in 1927 and 1928.

After a third sweep in 1932, the franchise’s first run of dominance began in 1936. Beginning with a 4-2 series victory against the Giants, the Yankees won four consecutive championships, and a total of six out of eight. After a brief “lull” saw the team win just one title in five seasons, New York appeared in 14 of 16 championship series from 1949 through 1964, winning nine, for a total of 20.

Despite the high standards set by the franchise, the Yankees have managed a number of strong runs since their dynasty days. The team won back-to-back titles in 1977 and 1978, following a loss to the Cincinnati Reds in 1976. More recently, the Yankees enjoyed four titles out of six World Series appearances between 1996 and 2003, including three in a row from 1998 to 2000. The 27th and most recent New York Yankees World Series championship came with a 4-2 win over the Philadelphia Phillies in 2009. 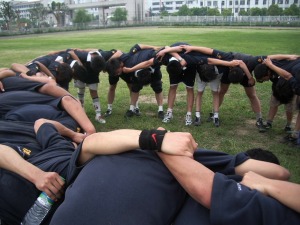 The recipient of a bachelor’s degree in business from Tulane University, Geoffrey “Geoff” J. Block draws upon his extensive Wall Street experience to oversee investments through his holding company RLB Squared, LLC. Apart from his professional pursuits, Geoff Block is a fan of the New York Giants of the National Football League (NFL).

After a second consecutive losing season under head coach Pat Shurmur, the Giants parted ways with the 54-year-old Ann Arbor, Michigan native on December 30. Eight days later, the team hired Joe Judge as its new head coach. He will be the team’s fifth head coach in six years and its 19th in franchise history.

Prior to signing Judge, the Giants were believed to be interested in Matt Rhule, but he was signed by the Carolina Panthers to a seven-year, $62 million contract before a supposed sit-down meeting with New York. However, according to a source in the New York Post, the Giants were “blown away” by their meeting with Judge.

Although the 38 year old has never served as a head coach in the NFL, he has been a part of some impressive coaching staffs. Judge most recently served as wide receivers coach and special teams coordinator with the New England Patriots, where he worked alongside Bill Belichick and often met with the esteemed head coach in preparation for a larger role elsewhere. He won three Super Bowls in New England and was part of two championship-winning teams in his three seasons at the University of Alabama. 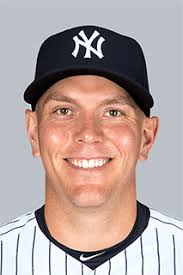 In addition to managing the South Carolina-based holding company RLB Squared, LLC, Geoff Block is a member of the Hilton Head Chamber of Commerce and a supporter of the Community Foundation of the Lowcountry. Outside of his professional and philanthropic pursuits, Geoff Block follows the New York Yankees.

The Yankees have been plagued with injuries through the first month of the 2019 season. Starting first baseman, Greg Bird, is the latest to miss an extended amount of time due to injury, as it was announced in mid-April that he would miss at least one month as a result of plantar fasciitis. As a result, New York signed free agent first baseman Logan Morrison. Expected to provide organizational depth, Morrison will earn $1 million if he plays at the big league level this season. In the meantime, he has reported to extended Spring Training.

A 31-year-old native of Kansas City, Missouri, Morrison is only two seasons removed from a career-best year in which he hit 38 home runs and recorded 85 runs batted in (RBI) with the Tampa Bay Rays. He spent last season with the Minnesota Twins and had 15 home runs and 39 RBI through 95 regular-season games. Throughout 959 career games, Morrison boasts a .239 batting average to go along with 137 home runs and 421 RBI.